Spending My Time: On Collective Identity, Family, and ‘Against Football’ 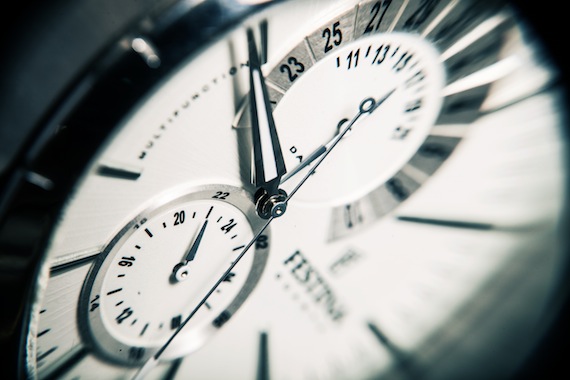 Through the book club, I aim to challenge the myths and realities my busyness may have afforded me all these years.

When I was invited to participate in this book club, I wasn’t convinced I’d have much to contribute. I didn’t exactly grow up watching sports. I grew up watching the people I loved watch sports. At my grandparents’ house, for instance, I floated in and out of the family room while my father, Uncle Mike, and grandfather leaned over the edges of their chairs and talked back to the television, or waved their hands at one another in disagreement about a play. They were having their time together.

Years later, my time came, too. I got married and started raising two children in Pittsburgh. Gradually, I learned the Steelers’ roster, the names of the defensive coordinators, and what to expect from local commentators. I got geeked about Bill Cowher’s post-game interviews and, later, Mike Tomlin’s. Like Evan, the doctor Steve Almond interviewed in the “Their Sons Grow Suicidally Beautiful” chapter, I got hooked on football through a kind of collective identity. With each game, I felt like less of a stranger in Pittsburgh. I had a team! My family and I wore NFL jerseys for the first time. Even our dog had a jersey. Watching the Steelers was the one family ritual everyone agreed on — especially as the kids grew older and drifted toward their teen years. We were having our time together.

And now I was being asked to stop watching? I wasn’t ready to let go. I wanted to keep my NFL fantasy going. Before the book club, though, would I have even acknowledged upholding a fantasy? 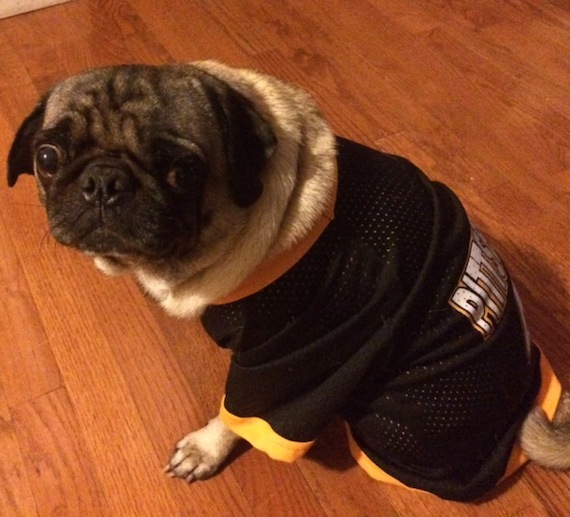 Even our dog had a jersey.

I noticed a few things when I finally started reading Against Football. The way I read — on my laptop, on an e-reader, in the parking lot waiting for my daughter after her tennis practice, in a parking lot waiting for my son after his soccer practice — mirrored the ways I’d encountered the numerous NFL controversies and troubles Almond cited. Little bits of information (snippets of commentary, Monday morning game debriefs at work, home-to-work commuter conversations with my husband) created a larger conversation I’d yet to have.

As the mother of a young, black son, I appreciated how this book recapped so many of the NFL’s offensive and outlandish incidents around the bodies of black men. Those moments — like fans’ outrage over Rashard Mendenhall, who spoke up about “the cheering mobs” after Osama Ben Laden’s death, and who later left the game — had flashed by too quickly without any lengthy, critical examination. I told myself I didn’t have time to process what was happening. I was educating my children (and other people’s children), grading papers, attending parent meetings, maintaining friendships, and a host of other things. But I rarely addressed the little frustrations, angers, and fears Almond’s book — and this book club — have now forced me to make more time to unpack.

I can’t say I was as anxious as Almond sometimes sounded in the book: “I now often wish we had found more personal ways to connect, ways that didn’t do such harm to our principles,” he wrote about the time spent bonding over sports with his father. When these moments arose, I cringed a little. I flashbacked to guilt-ridden afternoons spent chatting with other parents at the park. We fed our kids unhealthy foods, we bribed them with television, and we didn’t read to them every night. But hadn’t we done the best we could within an American system that underpaid us, hurried us, and had an awful lot of money invested in keeping us hustling, bustling, and uninformed?

At age 12, my son has already been diagnosed with two concussions — one from soccer practice and one from a basketball game collision. Even though an exceptional neuropsychologist treated him, I still worry about the impact of those head injuries on his future health. Having read what Almond wrote about youth athletic policies playing into the NFL system, I’m forced to square football on television with football in our daily lives. I’m forced to examine the relief I felt when my son expressed little interest in playing and how neither his father nor I pressed the issue. His father — who attended college on a basketball scholarship — was, in fact, the first to thumbs-down organized football and extra athletic practices in general, including additional travel team time, and additional open gym sessions. He needed time to rest, he was very young, he was a good artist, and sports weren’t the only thing in his life, his father said. I agreed.

More than football, I miss having long stretches of time to read. Through the book club, I aim to challenge the myths and realities my busyness may have afforded me all these years. It won’t be easy. But I’ll start with this first step of changing how I spend my time.

← No Way to Escape Family Night: On ‘Against Football’ and the Green Bay Packers
Book 2: Kimiko Hahn’s ‘Brain Fever’ →

1 Comments on “Spending My Time: On Collective Identity, Family, and ‘Against Football’”