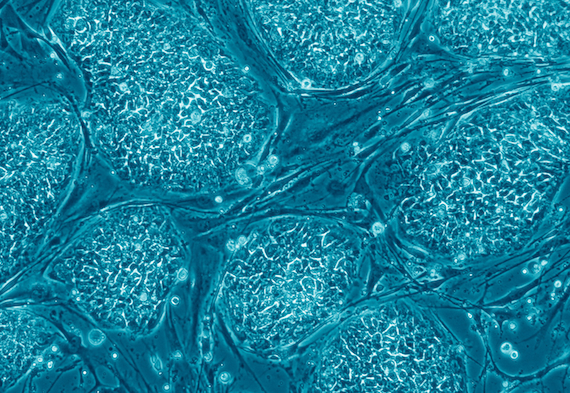 1.
It has recently come to my attention that the once charming eccentricities of my more distant family members have devolved into full blown pathologies. The wild uncle once known for his cutting wit and free spirit has grown shiftless, unreliable, and selfish. The morbid aunt has become clinically depressed and briefly suicidal. The uptight cousin stifled and cold. The passive in-law oppressed. The bossy uncle controlling, shortsighted, and unkind.

This malignant mutation of character is, of course, not an uncommon phenomenon — and one certainly familiar to anyone who has watched a large family grow old. However, as I slogged through Sherwood Anderson’s Winesburg, Ohio, it was this transformation — and those elderly aunts and uncles and second cousins — to which my thoughts returned again and again.

Anderson’s interconnected tales of the sad residents of Winesburg is prefaced by a short chapter titled “The Book of the Grotesque,” in which the narrator describes an old writer’s unpublished work: A catalogue of stories about people he has known, all of whom have “become grotesques.”

Of these grotesques, Anderson writes:

It was the truths that made the people grotesques. The old man had quite an elaborate theory concerning the matter. It was his notion that the moment one of the people took one of the truths to himself, called it his truth, and tried to live his life by it, he became a grotesque and the truth he embraced became a falsehood.

It was Ryan who pointed out that H.P. Lovecraft found Winesburg, Ohio boring, writing about the book, “I had nearly fallen asleep over the tame backstairs gossip…” But for me, the mundane tragedies and flaws and truths of Winesburg’s grotesques were more disturbing than any horrific creature from the works of Lovecraft.

And this is, of course, because Anderson’s grotesques are real — they are not all that different from those old aunts and uncles, who — clinging to their “truths” — have become the distorted and sad and disappointing strangers in my family.

Strangers because I remember a time before they became grotesque — before they clung so tightly to their truths. Because I find myself looking back at their former lives — and at my own and wondering what truths I am clinging to and why. And this terribly maudlin reflection brings me to another key passage from Winesburg:

There is a time in the life of every boy when he for the first time takes the backward view of life. Perhaps that is the moment when he crosses the line into manhood. The boy is walking through the street of his town. He is thinking of the future and of the figure he will cut in the world. Ambitions and regrets awake within him. Suddenly something happens; he stops under a tree and waits as for a voice calling his name. Ghosts of old things creep into his consciousness; the voices outside of himself whisper a message concerning the limitations of life. From being quite sure of himself and his future he becomes not at all sure…With a little gasp he sees himself as merely a leaf blown by the wind through the streets of his village. He knows that in spite of all the stout talk of his fellows he must live and die in uncertainty, a thing blown by the winds, a thing destined like corn to wilt in the sun. He shivers and looks eagerly about. The eighteen years he has lived seem but a moment, a breathing space in the long march of humanity. Already he hears death calling.

2.
It was sad-sack, sentimental thinking like this — e.g. “perhaps the calling of death makes us all cling to our truths” — that helped me skip the first week of NFL football.

Still, I did walk past a local bar during the New England-Pittsburgh game and sort of linger in the doorway, gazing vaguely at the TV before shuffling sadly home.

I did compulsively check my phone/laptop for the score of the Bears-Packers game — but that was only because the Bears weren’t losing by 21 points after the first quarter. And all this checking and rechecking of the scoreline only resulted in my being updated — in real time — by Sports Illustrated’s website that Jay Cutler had thrown a late-game interception that yet again doomed the Bears. And this indignity pretty much made me feel like an idiot for checking the score in the first place. So, odds are next week will be easier.

P.S. WHAT THE FUCK IS GOING ON WITH THIS LOATHSOME SHIT: