The Crimes of the Biographer Jeffrey Cartwright: Conspiracy Theories and ‘Edwin Mullhouse’ 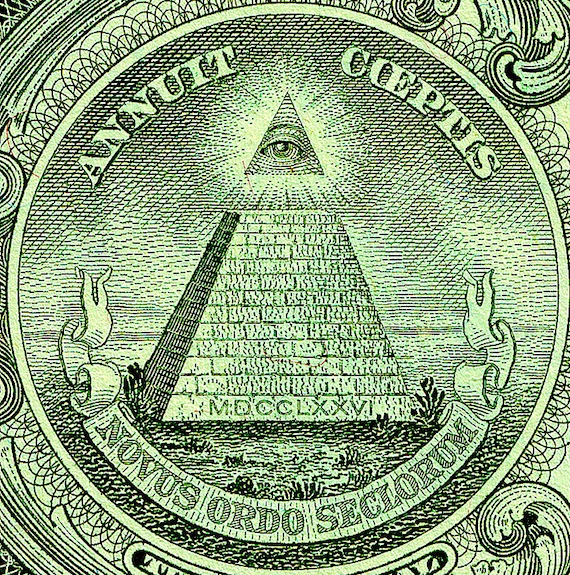 After finishing Edwin Mullhouse, I initially thought I would write about Steven Millhauser’s amazing depictions of childhood – the games and comics and bike rides and adventures of two young boys in late-1940s and early-1950s Connecticut. However, the more I thought about the book, the more I became confused about – and obsessed with – the actual events Edwin Mullhouse.

What follows, then, is a list of conspiracy theories about Edwin – the child author of a purported work of genius, the novel Cartoons – his biographer and friend Jeffrey Cartwright, and the mysteries Millhauser so skillfully weaves into his novel.

Although the evidence I present will no doubt be incomplete — and my case hindered by the fact that I read Edwin Mullhouse only once, read it very quickly, and read it without taking proper notes — it is nonetheless clear that a link exists between a spate of horrific crimes and young Jeffrey Cartwright.

Before detailing those crimes, it is important to refer to the book’s Introductory Note, written by Walter Logan White in the year 1972 — some two decades after the events chronicled in Cartwright’s biography. White writes: “Meanwhile the search for Jeffery Cartwright continues. I, for one, hope they never find him.”

From these lines, we can infer that at some point after the composition of his biography, an elaborate, boastful confession, Cartwright was pursued by law enforcement, fled, and remained at large. With this as a working hypothesis, we are free to proceed to the reasons for Cartwright’s flight:

The Death of Edwin Mullhouse

About this there is, of course, no doubt. Cartwright documents the facts himself: In the early morning hours of Edwin’s 11th birthday, Cartwright murdered his best friend — shooting him in the head  — following Edwin’s failure to commit suicide per a prearranged scheme.

I will not delve into an analysis of Cartwright’s motives — his obsession with Edwin, his jealousy, his desire to write a great biography of the author of Cartoons, his own precocity and ambition — but rather address the numerous crimes Jeffrey Cartwright has not directly confessed to in the pages of his biography.

The Death of Rose Dorn

The spectacular death of Edwin’s first love – and that of her mother – in a tragic house fire is well chronicled in Cartwright’s biography. And while the author — who never states the official cause of the blaze — implies that Rose Dorn’s death is merely a shocking accident, a deeper investigation is warranted in light of his willingness to commit murder.

Cartwright – secretly following Edwin down the back roads and side streets of Newfield, Conn. – reveals that he not only knew the location of Dorn’s house, but the room in which she resided. And although Cartwright was at school when the fire broke out, one has to wonder if he was in some way responsible. Given his distaste for and jealousy of Dorn, couldn’t a precocious boy like Cartwright have somehow set the fire? Couldn’t Cartwright – who mentions his chemistry set, academic prowess, and history of playing with fire – have devised an incendiary device with a time-delay mechanism? Couldn’t Cartwright have been miles away when his fire danced to life and began to consume Rose Dorn?

The Disappearance of Edward Penn

If we are to believe Cartwright’s version of events, Edward Penn – a sickly savant and rival for his best friend’s affections – mysteriously disappeared after abruptly breaking off contact with Edwin. And while this version of events is entirely possible – Penn was ill and odd; his parents equally odd and indulgent – is it not farcically coincidental that all of Edwin’s friends (save Cartwright) were either killed or disappeared?

Given the degree of cunning exhibited by Cartwright – not to mention his massive intelligence and seemingly photographic memory — is it possible that he had some role in Penn’s disappearance? He certainly had access to the house in which Penn lived, and in fact visited it within a few months of the boy’s vanishing. It goes beyond the scope of these pages to speculate as to the methods employed by Cartwright in disappearing Penn and his family – intimidation, manipulation, blackmail, murder all spring to mind — but his hand in the boy’s sudden and mysterious departure should not be discounted.

The Death of Arnold Hasselstrom

While the details of Arnold Hasseltrom’s death – the disobedient friend of obedient Edwin was shot in a shack on a vacant lot in a remote neighborhood by police after murdering Mr. McKisco – seem absolute and clear, one must again wonder about Cartwright’s possible involvement.

His distaste for Hasselstrom and his boundless jealousy – let us not forget his quadruple seduction of Margaret Riley, Anna Maria DellaDonna, May Flowers, and Rose Black – certainly suggest motive, while his control of the narrative prevents us from accessing all relevant information. We must ask ourselves what facts Cartwright is withholding in his biography, what subtle manipulative devices he may have unleashed on Hasselstrom, and what part he played in the boy’s ultimate demise.

Did Jeffrey Cartwright in some way drive Hasselstrom to murder McKisco? Did he aid police in locating Hasselstrom in that “vacant lot” in that “remote neighborhood?” Cartwright’s own account is itself confusing: “Sergeant Flanagan said he hadn’t wanted to shoot the boy. He said the boy had thrown out the gun, come out with his hands up, and suddenly started shooting again.” What really happened in that vacant lot? Did Hasselstrom have a second gun? Was there a second shooter? The facts of the case are impossible to know and solid proofs are sorely lacking. Still, it would be unwise to underestimate Cartwright’s willingness to perpetrate acts of violence.

What Was the Fate of Paul Hooper?

I will conclude with more questions – this time about Paul Hooper, the young boy who, with his family, moved into the Mullhouse home following Edwin’s tragic demise.

Little is known about him and nothing about his fate – again Cartwright controls the story. But given his fascination and obsession with his former (now deceased) neighbor, the biographer concludes his work ominously, writing of Hooper, “He is really an interesting little fellow and I expect to be seeing more of him in the near future.”

← Book Extras: ‘Hyperbole and a Half’
Embracing Your Tinfoil Hat: On the Levels of Reality in ‘Edwin Mulhouse’ →

1 Comments on “The Crimes of the Biographer Jeffrey Cartwright: Conspiracy Theories and ‘Edwin Mullhouse’”