Unhealthy Attachments: On the 49ers, Piles of Bodies, and ‘Edwin Mullhouse’ 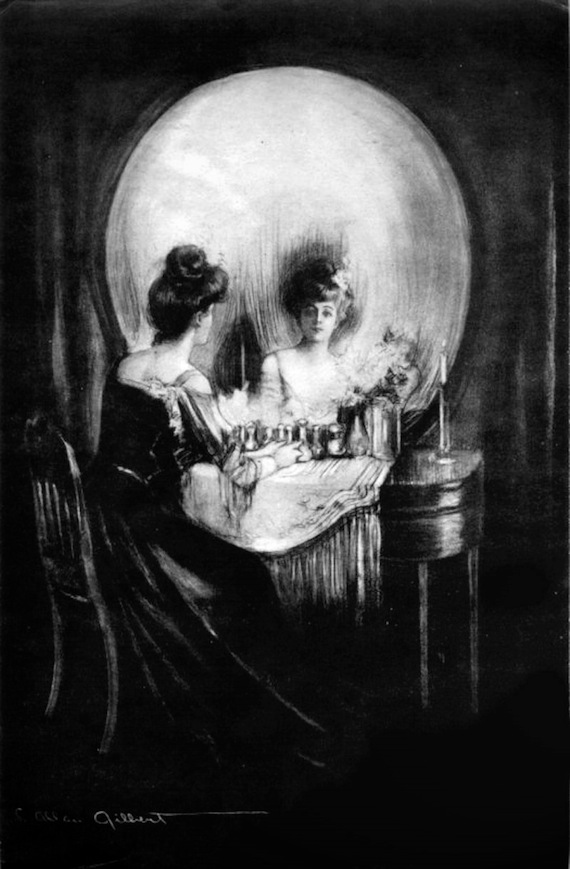 I watched the final drive of the San Francisco 49ers game against the New York Giants.

The one where the 49ers are winning until Eli Manning looking all slack-jawed flings a last-second touchdown.

You know what else is surprisingly dark? Edwin Mullhouse by Steven Millhauser. It’s impossible to really discuss the novel without getting into some pretty massive spoilers, so if you intend to read it, I’d bounce right about now.

On the surface, Edwin Mullhouse is an idyllic novel in which a narrator named Jeffrey recalls his friendship with his doomed friend Edwin. Yet throughout Millhauser’s serene depiction of middleclass suburban childhood are explosions of astonishing violence.

They’re brief and infrequent, but horrifying enough to be memorable — for instance, Jeffrey’s sudden and intrusive fantasy of slicing up a girl’s face. And those moments lead to a dark turn that happens literally within the book’s final pages.

Edwin Mullhouse is essentially about Jeffrey’s obsession with the title character. “I found myself yoked ever more tightly to our burdensome friendship,” he says at one point. That obsession culminates in a murder disguised as a suicide.

But the book is also structured around Edwin’s obsession with three other doomed children who enter his life at various intervals and who suffer increasingly violent fates.

There’s the sickly Penn, who eventually succumbs to his illness. Edwin’s schoolyard crush Rose Dorn, who dies by fire. And the bully Hass, who forms a strange bond with Edwin, and who kills a man before he himself is gunned down by the police.

Edwin’s interest in these three isn’t always clear, at least not to his biographer Jeffrey. (I think that’s a deliberate decision on Millhauser’s part.) In fact, Jeffrey actively despises Rose and Hass, and an undercurrent of jealousy infects his narrative whenever they appear.

Leaping off Adam’s post, I agree Millhauser implies that Jeffrey is responsible for Rose’s death (Though I’m not so sure about Penn or Hass). The circumstance of the fire that burned down her house is certainly mysterious at the time.

Later, Jeffrey admits his experimentations with what he calls “a secret fire,” an incident that doesn’t explicitly refer to Rose, but it’s hard not to make the connection.

Jeffrey writes: “Winter after winter I had watched the flames in the Mullhouse fireplace, but not until the summer after my fifth birthday did I dare to summon the forbidden demon.” Jeffrey is describing a time around 1948, a year or two before Rose Dorn dies, when he lights old newspapers in a jar and is terrified by the fury of the conflagration: “But in the very center of my terror was a relief so deep that it was like the end of terror.”

This anecdote comes at a strange moment, apropos of little — except that Jeffrey links it to a time when the seeds of his decision to murder Edwin begin to sprout.

There’s another strange moment when Jeffrey, writing the late Edwin’s biography, comes to Rose Dorn’s death: “A kind of alarm came over me; I forced myself to go more slowly, to reflect more deeply, to write more carefully, to revise elaborately all my earlier pages.”

That’s as close to a confession as you’re going to get.

As if the point hadn’t already been made, that moment also solidifies Jeffrey’s complete unreliability as a narrator. It reminds me of Edgar Allan Poe’s protagonists, who often seem perfectly reasonable at first — only to inevitably reveal the depths of their pathologies.

And as much as Millhauser’s novel is about obsession, it’s also about using fictional narratives to cope with really horrendous situations. Edwin is hit hard by the deaths of his three friends, and the novel he eventually writes, called Cartoons, is his attempt to make sense of those losses.

“Edwin approaches a serious subject by means of comic and even ridiculous images,” Jeffrey writes. And later: “It was the animated cartoon…that acknowledged frankly a violence in things, and provided Edwin with a method of reflecting the violence he had witnessed in the course of his own quiet life.”

Jeffrey’s biography of Edwin is the dark corollary to all of that. It’s his way of manipulating the memory of the boy he murdered so that he can position himself favorably. It’s fascinating how Jeffrey both uses biography to elevate Edwin, but also to elevate himself above Edwin.

The novel opens up with an introductory note written by a random classmate of Jeffrey’s named Walter Logan White (No relation to the meth kingpin), roughly 20 years after the events described in Edwin Mullhouse. I’m convinced that Walter Logan White is Jeffrey’s pseudonym. Jeffrey, at this point, has disappeared and for some unnamed reason, people are searching for him. (“I, for one, hope they never find him,” White writes).

White’s closing is curious. He effuses over Jeffrey’s biography of Edwin, though he admits he hasn’t read Edwin’s supposedly-seminal novel Cartoons. And he notes how Cartoons has largely been ignored and forgotten: “One can only regret that his work has proved less popular than his life.” It’s the same backhanded praise that Jeffrey sprinkles throughout his biography.

The final paragraph of Edwin Mullhouse describes Jeffrey meeting a new boy named Paul who has moved into the house left by the Mullhouses. Like Edwin, Paul has a younger sister and a hobby — oil paintings instead of writing. The parallels are obvious. “He really is an interesting little fellow,” Jeffrey writes, “and I expect to be seeing more of him in the near future.”

Jeffrey moves from obsession to obsession — just as Edwin was fascinated with Penn, then Rose, then Hass. But while Edwin’s obsessions manifest as quirky attempts at friendship — he’s always giving gifts — Jeffrey’s are much more sinister, if not at the beginning, then certainly by the end.

Anyway, if you dig Edwin Mullhouse and other stories about unhealthy attachments that end in a pile of bodies, check out Patricia Highsmith’s work. I recommend A Dog’s Ransom and Strangers On A Train.

← Embracing Your Tinfoil Hat: On the Levels of Reality in ‘Edwin Mulhouse’
Book 6: Maggie Nelson’s ‘The Argonauts’ →

6 Comments on “Unhealthy Attachments: On the 49ers, Piles of Bodies, and ‘Edwin Mullhouse’”