The Freedom Inside White Space: On ‘The Argonauts’ and Being a Jets Fan in Manhattan 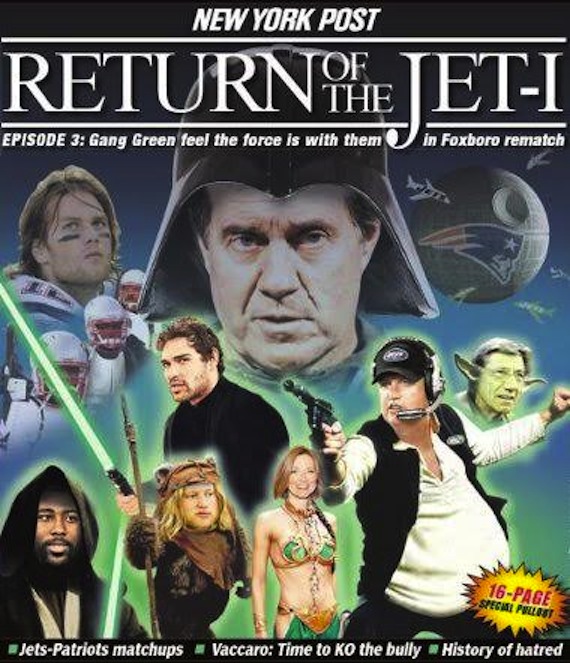 1.
So, I made it through the first real test of my FBC: I did not watch Jets-Patriots. This is the first rivalry game I’ve missed since the late ’80s and Ken O’Brien. According to my Facebook feed, we lost “in the most Jets-y-est way possible.” But I don’t know what these means (and surely it’s hyperbole, because it wasn’t another butt fumble, was it?). This not-knowing is an active choice. I don’t write about football that much in these because I don’t know what’s happened — and not because of some moral high ground garbage, but simply because I couldn’t do it. I honestly don’t know how the rest of FBC does it — I couldn’t follow along on Twitter and not watch the game. The hardest this not-watching-football has been for me thus far was that very first week, when I was writing about my personal history with football. Even this week, I didn’t skip Jets-Patriots to sit on my couch in front of my cold television, reading The Argonauts — I was in Riverside Park, getting paid to be one of the adults in a fathers-and-sons non-American football match. I don’t even think I deserve all that much credit for missing it.

Included in this timeline of almost 30 years of not missing a Jets-Patriots game, is the four year stretch from 2007 to 2011 when I did not own a television. (Because I was that choosing-not-to-own-a-tv cliché. I’ve since fully embraced the cliché of my roots: I’ve got a mountain of debt and live check-to-check, yet still own a television bigger than most 11-year-olds; all I need is a Jetta with some imitation chrome hubcaps to complete this trifecta.) This meant I watched just about every Jets game (meaning all except Thanksgiving, Christmas, etc. when I was on Long Island) at a bar in NYC.

Until my current apartment, all of the previous neighborhoods of NYC I’ve lived in have been devoid of actual New York sports fans. Because no one who lived there was from anywhere near here. (To be fair, I know dozens of native New Yorkers that live south of 110th street, but every one of them is under the age of 13.) It’s a strange experience to be at a bar at 81st and Amsterdam or 14th and 2nd and be the sole Jets fan, surrounded by Patriots fans. Especially given the one-sided nature of the rivalry. And honestly, what is there to be said to these clusters of drunken New England men as the alcohol and their numbers advantage loosen their mouths as their team pounds yours. It’s sort of a heavy-handed symbolist’s wet dream: a handful of the privileged digging out one who is not over something none of them have any control over.

I’ve been in Washington Heights since 2010 (and, thank Christ, there wasn’t a single Patriots fan at the Monkey Room for that Dec. ’10 Monday night, 45-3 game) but I did see one NFL jersey in my neighborhood on Sunday: it was dude in the bodega across the street from my apartment in a Danny Woodhead Patriots jersey. They are everywhere.

2.
I just knew Maggie Nelson was a poet. I wrote a rough draft of this before I’d even thought I would need to confirm this. And it wasn’t because of the strength of her line — but damn is that there as well; I cannot recall a single line that sounded out of place — but rather by how flawlessly the fragments of story-telling are arranged. The associative logic was that breezy effortlessness that is so very difficult to do. The Argonauts feels to me like a mirror or a window or even a mosaic, but given to us long after it’s shattered, shard by shard. Or maybe mosaic is the most proper fit, because there is no 1:1 for the shattering (thematically, narratively, or otherwise) — it’s simply the nature of remembering: And now I remember this shard. And look, now this one.  We are left to doing the piecing together ourselves.

Full disclosure (a.k.a. more about me): I cannot read poetry anymore. Or rather, I have a terrible time reading it with any sort of objectivity. I’m incapable of handling such a volume of white space responsibly; I’m 85 percent done with a work-in-progress I’ve spent nine continuous years on and I see its themes everywhere. This particularly virulent strain of solipsism consumes all of my thinking above second-gear. I’m given white space and I throw all sorts of my own shit in there. Shit that has no business being there.

I’m like a teenager with pop songs, latching onto a singular turn-of-phrase and refusing to digest the rest.

But I miss associative logic. Terribly. We do not think in complete sentences. In ordinal paragraphs. (At least, I don’t.) And the leaps poetry can make — when done well — bullet straight to the soul of something inherently human. An invitation to think like someone else. And fuck do I miss that.

And once I bought into The Argonauts (which was pretty early, given a beautifully employed Wittgenstein quote), I reveled in it. Because, even amid all the white space, there was no room for my cisgendered/class dynamics/locker-room politics/minor-’90s NYC hip-hop prattlings. None. I had no choice but to go along for the ride as intended.

This was such a relief. A five-day break from all my self-absorbed bullshit.

One Comment on “The Freedom Inside White Space: On ‘The Argonauts’ and Being a Jets Fan in Manhattan”