Football Book Club Is BACK

Autumn brings crispness to the air, pumpkin syrup shipments to coffee conglomerates, and fresh new TV commercials thanks to the start of the NFL season.

It also brings the long-anticipated return of FOOTBALL BOOK CLUB. In which all members (except for Ryan, who is weak) abstain from watching professional football in favor of reading books. And this year, we’ve got a fantastic lineup:

September 12: The Girl With All The Gifts by M.R. Carey

October 17: The Regional Office Is Under Attack! by Manuel Gonzales (first half)

October 24: The Regional Office Is Under Attack! (second half)

October 31: My Brilliant Friend by Elena Ferrante (first half)

November 7: My Brilliant Friend (second half)

November 14: Ghost in the Shell by Masamune Shirow

December 12: A Gambler’s Anatomy by Jonathan Lethem (first half)

December 19: A Gambler’s Anatomy (second half)

Returning are Adam (reluctant fan of the Chicago Bears), Dan (indifferent fan of the New York Jets), and Ryan (still-watching-despite-being-a-part-of-this-club fan of the San Francisco 49ers).

We also have a new member: Chandler, new fan of the Cleveland Browns. She’ll be posting tomorrow describing the major impact the Browns have had on her life, how the team became the defining relationship in her life, and why she literally bleeds orange and brown! (Sepsis LOL)

But before we begin, Chandler’s got one big question: “Who the fuck are the Cleveland Browns and why are you guys saying I have to root for them to join your stupid group?”

Why the Cleveland Browns, Chandler? Because as a fan of tragi-comic narratives, we feel it’s the team that would most capture your imagination.

A few years ago, RG3 was a highly touted college prospect drafted at great expense by the Washington Redskins.

After a very successful rookie campaign, he was slowed by a severe knee injury as well as some personality issues (ie He’s the sort of dude who’d commission his own personal logo – see below), and was eventually released (ie Fired!) by the Redskins.

Earlier this year, he signed with the Cleveland Browns.

Because of his injury history, RG3 was given a new nickname by football fans: RG Knee.

They also gave him a new logo.

RG Knee’s first year success came in part because the head coach at the time built an offense that catered to his insane athleticism.

Following the glories of his first year as an NFL quarterback, RG Knee got a little big for his britches and insisted on a different type of offense, one that emphasized what’s called “pocket passing.” This means you stand behind your lineman and calmly choose which receiver to throw to. This is a type of play style that more mature quarterbacks use, as it requires precise knowledge of the gameplan and precise execution.

The Redskins head coach did not want to do this. Possibly because he felt RG Knee was kind of stupid, but who knows.

Nevertheless, Knee and the Redskins team owner Dan Snyder, who paid a lot to get the opportunity to draft RG Knee, allegedly conspired together to force the head coach to change his offensive game plan.

RG Knee, already injured, was unable to adapt to the new gameplan. What followed were three successive seasons of futility in which Knee blamed others for his problems, alienated teammates, and was gradually demoted from his starting job before essentially being fired from the team.

It was quite a fall from grace.

Meanwhile in Cleveland, the Browns had invested big in a hot college quarterback prospect named Johnny Manziel, AKA Johnny Football. Unfortunately, he had a bit of a cocaine/alcohol problem. 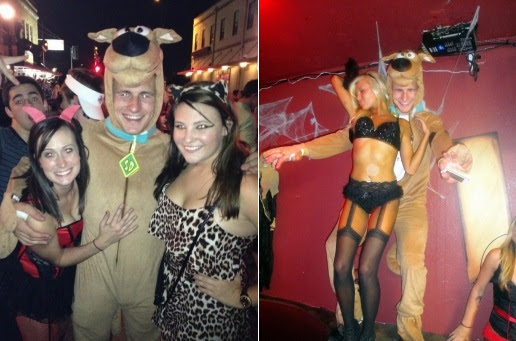 Manziel’s flameout, which took only a year, meant there was an opening for RG Knee.

Who, by all accounts, is doing pretty well now.

Knee has really performed during the preseason and, even better, he dumped his pregnant wife in favor of a super-hot Estonian heptathlete named Grete. Even got his mistress’s name tattooed on his arm.

It’s really great to see a professional athlete show such loyalty and commitment to true love.

Would that we all could follow in his hobbled footsteps.