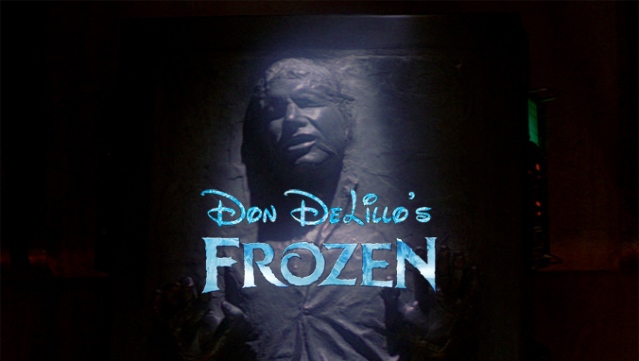 Note: This week, we were supposed to read half of Zero K, but I ended up powering through the whole thing. So needless to say, there are end-of-the-book spoilers.

I have never entirely figured out how to read Don DeLillo – a writer I admire but don’t really enjoy. I haven’t read a lot of him – White Noise, The Body Artist, half of Americana and now Zero K – but it’s enough for me to generally understand where he gives me the most trouble.

Typically, that’s when his characters stop seeming like real people and start becoming vessels for ideas about…well, media consumption, commercialism, history or whatever. Regardless of the topic, it’s the point where the characters become indistinguishable from the author, when his cast begin to seem like little DeLillo fingerpuppets.

It’s a phenomenon that happens throughout his novels: DeLillo’s characters go through their lives, they work, they talk, they have their daily dramas and arguments, then they’re suddenly subsumed by DeLillo’s formidable intellect, become his mouthpieces – only to abruptly re-emerge as defined individuals.

A friend of mine said it’s a rhythm you have to get used to, but I’ve never been able to fall into the beat. Maybe that’s my own limitation.

Zero K has a lot of the same tics that frustrate me as a reader. Yet, some of that intellectual distancing that irritated me in DeLillo’s other books worked well in Zero K, especially given the core relationship between a man named Jeff and his estranged billionaire father Ross.

Both are at a vast, sparse desert complex called the Convergence, attending to Ross’s second wife (and Jeff’s stepmother Artis), who will soon undergo cryogenic preservation. As DeLillo describes it, that’s basically a form of death performed in such a way as to allow, at an indistinct point in the future, revivification.

So Zero K is about life’s end – what we do to process it, to keep it at bay, and what might occur after it happens. And it’s the sort of topic that could lead to a lot of treacly, sentimental shit, so I appreciated, to an extent, Jeff’s detachment as he wanders the surreal halls of the Convergence – an amalgamated hospital, theater, art gallery, temple, and utopia – and encounters an array of people.

Monks, patients, residents, and even the builders of the Convergence all make cameos during Jeff’s tour discussing the nature of life and death (“She spoke, with pauses, about the nature of time. What happens to the idea of continuum – past, present, future – in the cryogenic chamber?”) and the ultimate purpose of the Convergence (“Technology has become a force of nature… there’s nowhere for us to hide. Except right here, of course…where we breathe safe air and live outside the range of the combative instincts…”).

I have to admit, I admired the ambition way more than the craft. I mean, it’s pretty clunky when characters show up at the protagonist’s pleasure in order to present a dialectic. Though I don’t think DeLillo cares about the artifice. Some novelists torture themselves over the shape of their narratives – when to present information, and how to do it as organically as possible. DeLillo isn’t one of them. He just presents information, leaps from topic to topic, whenever he damn well pleases.

DeLillo’s stature in American letters notwithstanding, I still think this sort of discourse works best when it’s attached to an external event that actually has meaning. Case in point: As Jeff watches Convergence staff preparing Artis for cryogenic preservation, he thinks: “The other thing I didn’t know was what constituted the end. When does the person become the body? There were levels of surrender, I thought.” 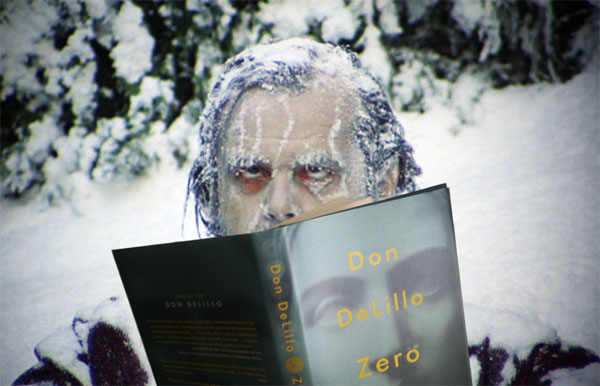 Here, Jeff’s thoughts on dying dovetail perfectly with the circumstances. He’s watching his stepmother’s body (Or is it a body yet?) being prepared. By contrast, when these ruminations come out of nowhere, or when they’re churned out by some contrived narrative setup, they feel cold and academic.

When Zero K gets away from all of that, engaging with the fears and anxieties and concerns of Jeff, Ross, and Artis, the novel becomes much richer.

They all fixate on the minutiae of everyday living. For instance, Artis, on the brink of dying, gets wistful about the way droplets form on a shower curtain. DeLillo consistently elevates these tiny moments, holds them up as if to cherish them. Or in Jeff’s words:

Things people do, ordinarily, forgettably, things that breathe just under the surface of what we acknowledge having in common. I want these gestures, these moments to have meaning, check the wallet, check the keys, something that draws us together, implicitly, lock and relock the front door, inspect the burners on the stove for dwindling blue flame or seeping gas.

These are the soporifics of normalcy, my days in middling drift.

And when Ross declares his intention to join Artis in the deep freeze, it creates a swell of emotion that’s honestly a little shocking, given how stoic and belted in everyone had previously been.

“Ross has always been a master of life expectancy,” I said. “Then, here, now, in the past three or four days, I’m seeing the man disintegrate.”

“Another state of waiting. Waiting to decide finally. He has the rest of the day and a long sleepless night in which to think more deeply into the matter. And if he needs more time, this will be arranged.”

“But in simple human terms, the man believes that he can’t live without the woman.”

“Then you are the one to tell him that what remains is worth a change of mind and heart.”

“What is it that remains? Investment strategies?”

There’s a lot of power in that exchange. It speaks to Jeff’s pain after Ross abandoned him once and seems set on doing so again. Anger over Ross’s bond with Artis, after deserting his first family. Frustration that Jeff isn’t enough to convince Ross to stay in this world. And there’s a sense of isolation as well, since the only person with whom Jeff can speak about these issues is a stranger sitting on a bench.

Now, I’m not sure what to make of the last third of Zero K, which sees Jeff back in New York City, buzzing with taxi cabs and menial jobs with awkward titles – a world away from the sparse, stark shelter of the Convergence. Here, we meet Jeff’s occasional lover Emma and her adopted son Stak.

The mother-son dynamic recalls that of Ross-Jeff. There’s a distance growing between Stak and his parents – neither of whom understand him. Later, Stak will abandon them, fleeing to the Ukraine to fight against the Russians, where he’ll eventually die. It seems DeLillo is drawing a parallel with Ross, though I’m not entirely sure what effect he’s going for.

In all, I’m not sure what to make of the New York City section. The pace of the narrative is quicker than in other parts of Zero K, so I enjoyed it for the shallow reasons of pure entertainment. But it also felt “safe,” like DeLillo was falling back on the sort of material he can write in his sleep. Witty characters in cars, bantering as the city lights flash across the windows. That sort of thing.

Also baffling to me: A brief section of the novel written from Artis’s point of view after she’s been frozen. We learn, over the course of six brief pages, that she’s still sentient and is grasping for identity. And, as if in answer to a previous question, she’s confused by the passage of time. (“How much time am I here. Where is here.”)

Aesthetically, it’s got a nice rhythmic vibe. But that auditory pleasure notwithstanding, the substance feels surface-y. Or maybe the text is operating at a level that I’m missing. With DeLillo, I’m never entirely sure.

No, just kidding. The world doesn’t need another one of those.

I will, however, note a pattern that seems to be emerging when it comes to 49ers football: Definitively win the first game of the season, shit the bed for the rest.