The Truth Is Terrible: On ‘Against Football’ and the Bears’ Pre-Season 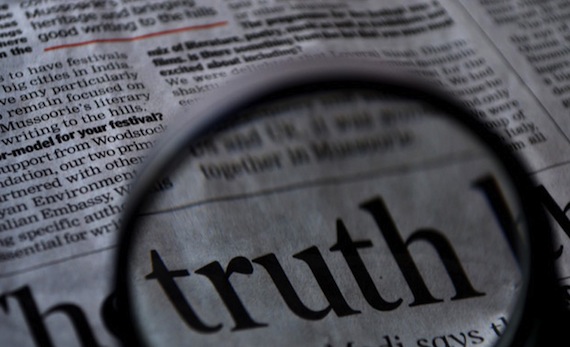 Were I making a list of things I’d have absolutely no problem missing out on — a head wound, the music of Slipknot, gonorrhea, a close personal friendship with Anthony Weiner — Bears’ pre-season football would land pretty close to the top.

Let’s be honest: Pre-season football is all but meaningless, features a sad array of fringe players, and provides an unreliable barometer of a team’s prospects once the games actually count for something. I know this to be true because in the last four weeks Chicago lost just one game and Jay Cutler — when he wasn’t moodily smoking cigarettes behind Halas Hall — didn’t commit a single turnover. I challenge anyone to make a case that those numbers are remotely indicative of what’s going to happen next week against Green Bay.

As I wasn’t missing much and because I’ve always been a fan of manifestos — The SCUM Manifesto, The Communist Manifesto — it required zero effort for me to forgo the Bears’ pre-season in its entirety for Steve Almond’s Against Football.

The book actually sat on my shelf for months before I could bring myself to read it. Every so often I’d walk past it, pick it up, return it to the shelf, and give it a sad look — because I pretty much knew reading Against Football was going to kill my relationship with the NFL.

Almond — a long-suffering Raiders fan — writes in prose that is affable, punchy, and often very funny, which in some ways softens the blow as he ruins football for himself and his readers. Much of the ground he covers is familiar, but his articulation of the sins of the NFL is clearer and more accessible than others I’ve read. And by framing his (reluctant) manifesto with his own fandom, Almond avoids self-righteousness and didacticism while exposing the terrible truths about football.

And make no mistake, the truth is terrible. Here’s Almond on the financial trickery that lines the pockets of the NFL’s billionaire owners:

Seven of every ten dollars spent to build CenturyLink Field in Seattle came from the taxpayers of Washington State, $390 million total. The [team’s] owner, Paul Allen, pays the state $1 million per year in “rent” and collects most of the $200 million generated…In New Orleans, taxpayers have bankrolled roughly a billion dollars to build then renovate the Superdome…Guess who gets nearly all the revenues generated by Saints games played in this building? If you guessed all those hard working stiffs who paid a billion dollars, you would be wrong. If you guessed billionaire owner Tom Benson, you would right. He also receives $6 million per annum from the state as an “inducement payment” to keep him from moving the team.

Here’s Almond on the parallels between our consumption of pro football and our military/foreign policy:

The struggle playing out in living rooms across the country is that of a civilian leisure class that has created, for its own entertainment, a caste of warriors too big and strong and fast to play a child’s game without grievously injuring one another. The very rules that govern our perception of them might well be applied to soldiers: Those who exhibit impulse savagery on the field are heroes. Those who do so off the field are classified as criminals.

The civilian and the fan participate in the same system. We off-load the moral burdens of combat, mostly to young men of the underclass, whom we send of to battle with hosannas and largely ignore when they come home disfigured in body and mind.

And, finally, here’s Almond on what the NFL has really done about the Concussion Crisis:

Goodell has made business decisions. He has done just enough — purged the deniers, tweaked the rules, funded research — to allow us fans to pretend that the league gives a damn. He’s placed his faith in our capacity for self-delusion.

Although Almond concludes his book with some steps fans can take to address the moral bankruptcy of the NFL, I am more cynical. The deeper one goes, the more one examines the facts and history, the clearer it becomes that the NFL is going to do as little as possible about the ethical problems discussed in Against Football.

In a lot of respects, the NFL is like that awful friend you had in your early-20s — the one who pounded light beer and jägerbombs so he could pick fights, inexplicably get naked, vomit onto his chest, black out, and then drive home drunk; the one you run into years later, only to find he’s still picking fights, vomiting on himself, blacking out, and offering you rides home. He’s not going to change — and neither is the NFL.

I’m loath to offer up substance-abuse-recovery-program bromides at this point — one day at a time, willingness is the key — and instead will bank on my love of renouncing things and sheer obstinacy to carry me from one week to the next.

← Book One: Sherwood Anderson’s ‘Winesburg, Ohio’
No Way to Escape Family Night: On ‘Against Football’ and the Green Bay Packers →